Toshi and I got talking about the Basara bikes tonight ... This '48 UL is perfect. 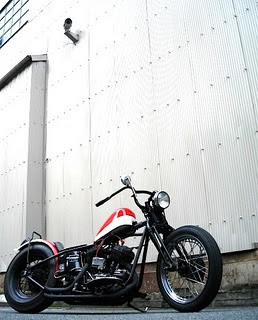 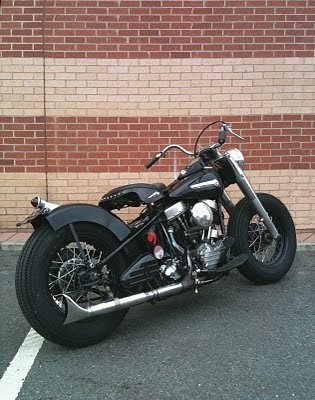 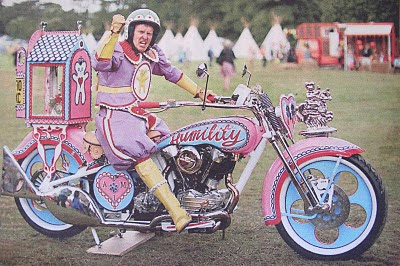 BS1 wins "Best in Class" at the LA Calender show.

Shinya drops by to say hello ... 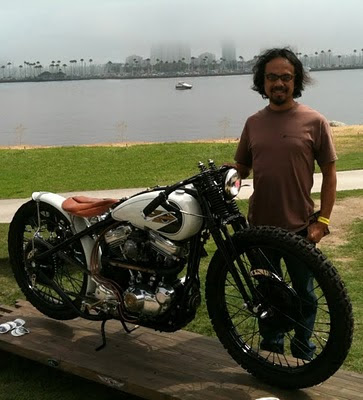 BS1 has been invited to the Quail Lodge Gathering on 13th August in Carmel, CA. 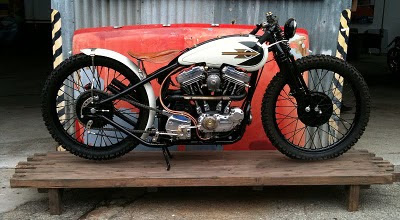 Ride For Your Life

I'm not a big fan of posting other peoples stuff, but a few short films have been too good to pass up recently.
This film made in 1967, is a classic bit of cinema 'verite' ... interesting twist in the tale.

"Ride for Your Life is a short documentary about the man and the sport that almost killed him. The synopsis says “After a near-fatal crash in Japan and extensive surgery and therapy, Duff returned to racing to claim two victories in Canadian races. Though the sport takes its toll on the lives of his friends and fellow competitors annually, the racer explains he can’t give up just yet – not before winning a world championship.”
However hat  is perhaps more interesting is the unusual personal journey that Duff took nearly 20 years after after this documentary was made. When Mike Duff became Michelle Duff.
Lets back track. In 1963 he married a Finnish woman and had a son and  two years later a daughter. In 1964 and 1965, he rode for the factory Yamaha team. His first Grand Prix victory came at the Belgian Grand Prix 1964. In 1965 he badly broke his pelvis and left hip joint during testing in Japan and spent six long months in hospital.
In 1967 he stopped professional racing, separated from his wife, and moved to California to become an associate editor of Cycle World. He still did some racing, and in 1969 won the Eastern Canadian Championship.
From 1970 to 1978 he ran a Yamaha dealership. He also remarried and had another son. From 1978 to 1984 he worked doing specialised machine-shop work in the Greater Toronto area.
Then in 1984 Michael became Michelle. She separated from her wife, moved to down-town Toronto to start living as a woman.
About that same time the original text of Make Haste, Slowly was written in 1982. The book is a 370 page saga about Mike and is set on the Continental Circus of European racing from 1960 to 1967. Mike had hoped to have the manuscript in print before the gender change occurred believing the motorcycling public would not accept Michelle. For various reasons it did not get published at the time. However the Mike Duff Story was released in print in 1996
In 2000 Michelle moved from the city of Toronto to live in the wilds of Central Ontario and late in this decade was invited by Ferry Brouwer to ride Factory Yamaha bikes at several historic race meetings.
In 2008 Michelle crashed heavily at Spa and suffered two or three cracked ribs, severe bruising, a partially collapsed lung, fluid on the lungs and a fractured skull. Understandably she decided to hang up her helmet. Today she continues to write and enjoys a relaxed lifestyle in Ontario."
Images: www.michelle-duff.ca
from - www.motosportretro.com 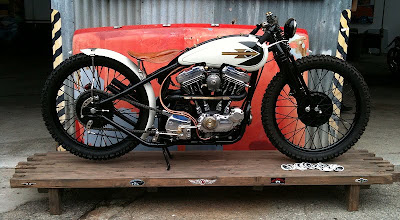 Work is nearing completion on the Early Racer project.

Thanks to Matt 'Diceman' Davis, Caleb lent me a bike for the El Diablo in 2007.
Not the shop truck, but his much loved Shovel.
As far as I'm concerned, he is friend, class act and a true craftsman.
It has been an absolute pleasure working with him on this build. 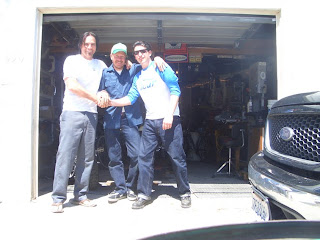 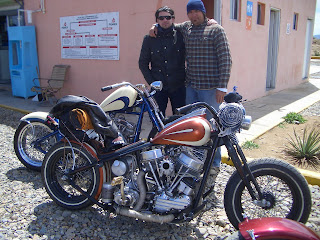 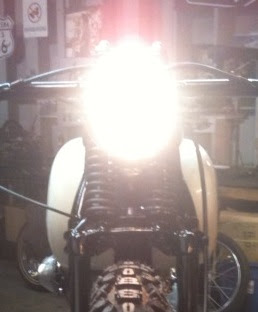 Caleb is taking the bike to the Venice Beach show this weekend.
To the LA Calender Show on the 18th July.
And possibly another event before coming to the Gauntlett Gallery, London, to be united with it's new owner Richard Gauntlett.
More pictures soon ...

Chrome won't get you home

... But it will get you in the Tate Gallery.
Fiona Banners polished Jaguar fighter ... Nice

Fiona Banner at Tate Britain ...
Lots of high concept reasoning, but a Jump Jet in a beautiful classical gallery space is just magnificent, for any reason.