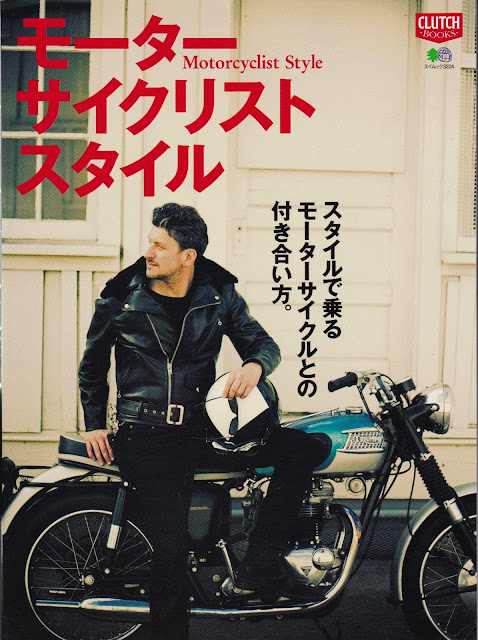 A very interesting and informative day with Jay getting his take on BROUGH SUPERIOR, VINCENT and the Henderson powered ACE.
Little known fact - Jay has only 2 Triumphs in his garage, 1964 and 1969 Bonnevilles - nice. 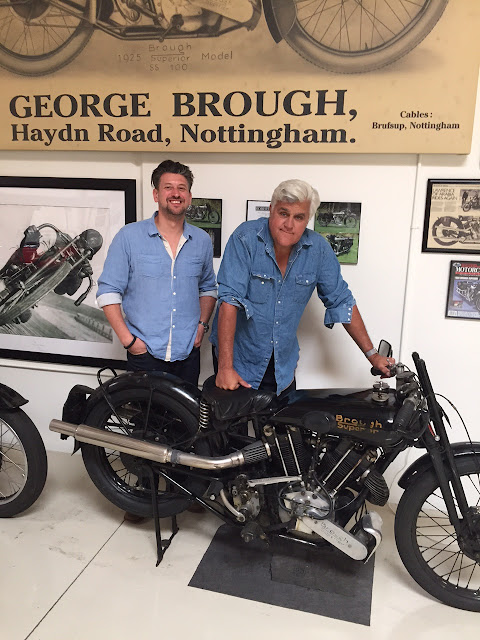 EI Publishing, the owner of world-renowned style magazines CLUTCH and LIGHTNING, amongst others, is now the Asia-wide distributor for my printed works.
Coming soon to the centre of Tokyo, The Garage will be a studio and gallery set up exclusively for my works by EI Publishing.
In addition to the current Los Angeles location, The Garage will act as a secondary studio and will become the headquarters for all Asia-based projects. 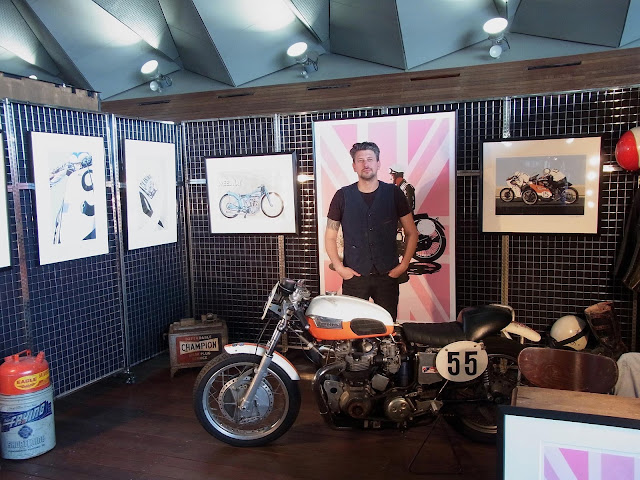 Printed works at the 2015 CC Show in Yokohama, Japan.  Photograph by Teruyoshi Sekine.

One of my favourite stores has just opened in Covent Garden, London.
The Real McCoy's, specialists in reproducing vintage American military and workwear commissioned a version of Lucky 13 for their new store.
As well as the original canvas, there is a full edition of prints of the new image.
The prints are available in the store or online at www.superdenim.com. 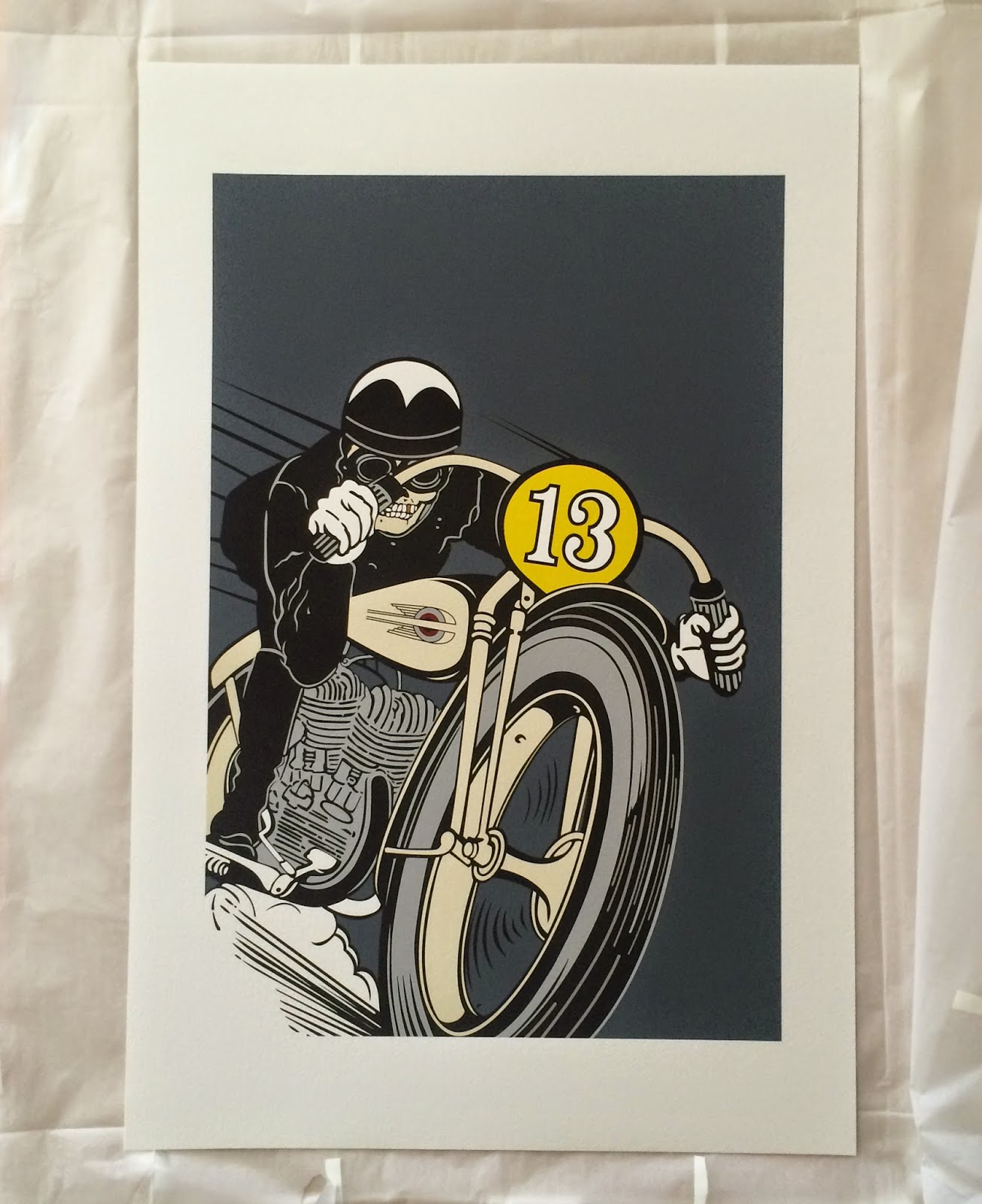 Sad to hear the news that legend Ken Takakura passed away this week. As a young boy I was transfixed with his mesmerising role in The Yakuza. It was the first time the concept of 'The East' was bought into focus for me. His character stayed with me and when I started working in Japan it was not long before the opportunity to use one of his best known images in my work presented itself. 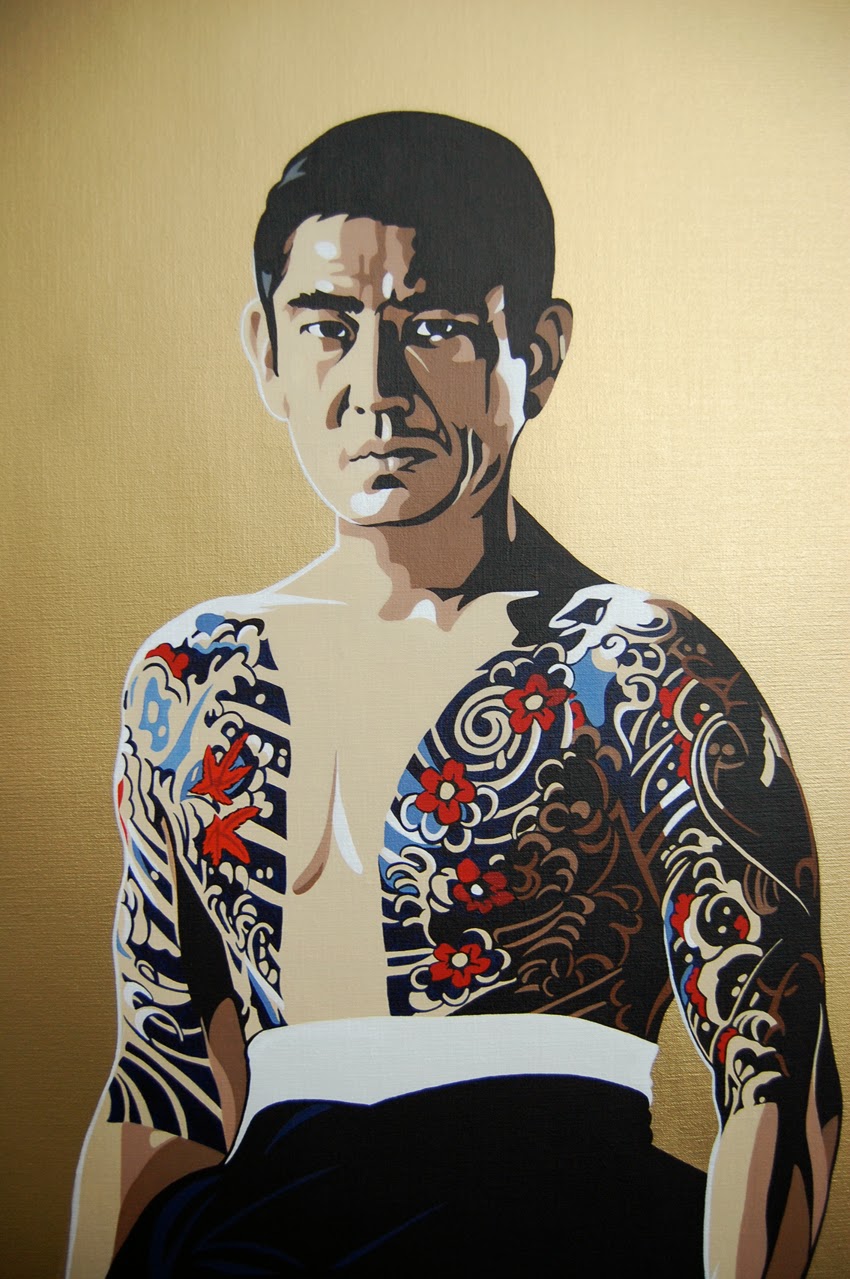 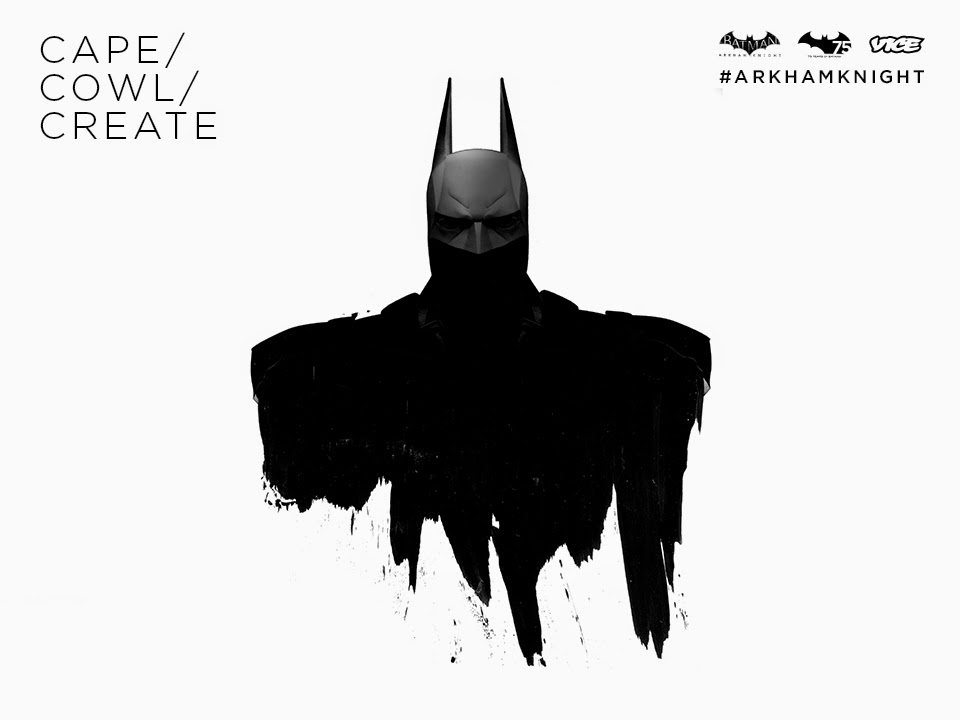 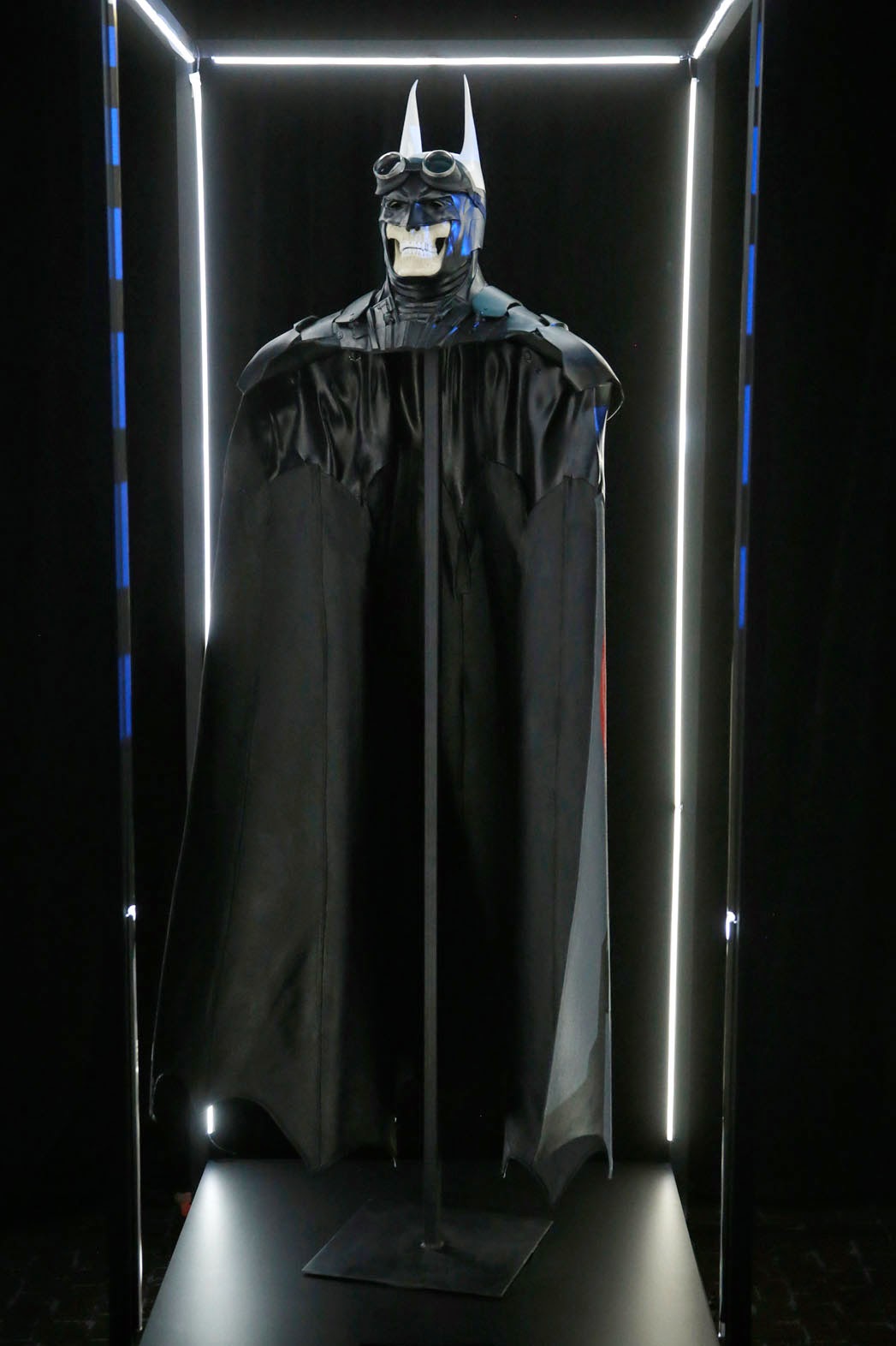 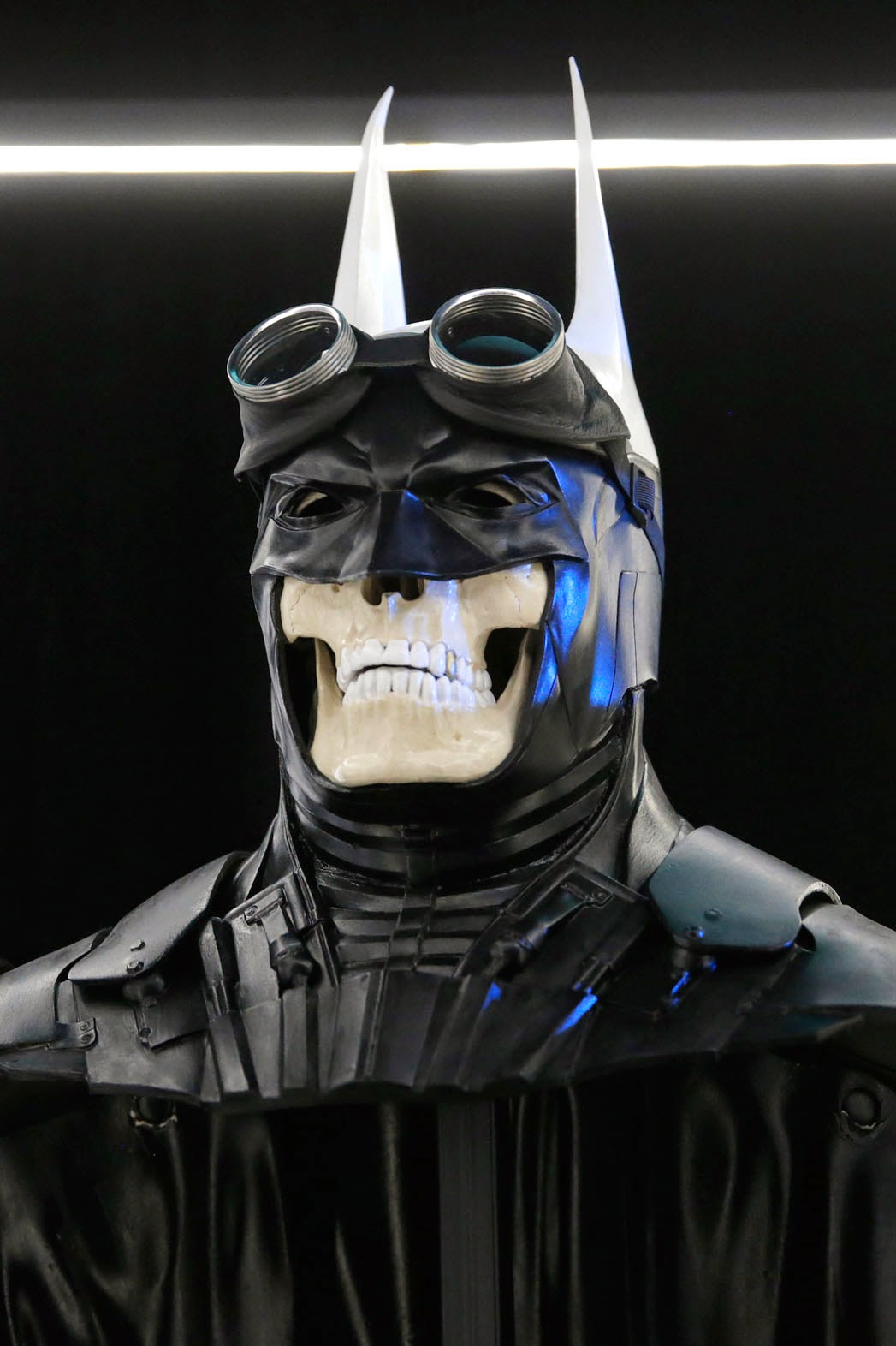 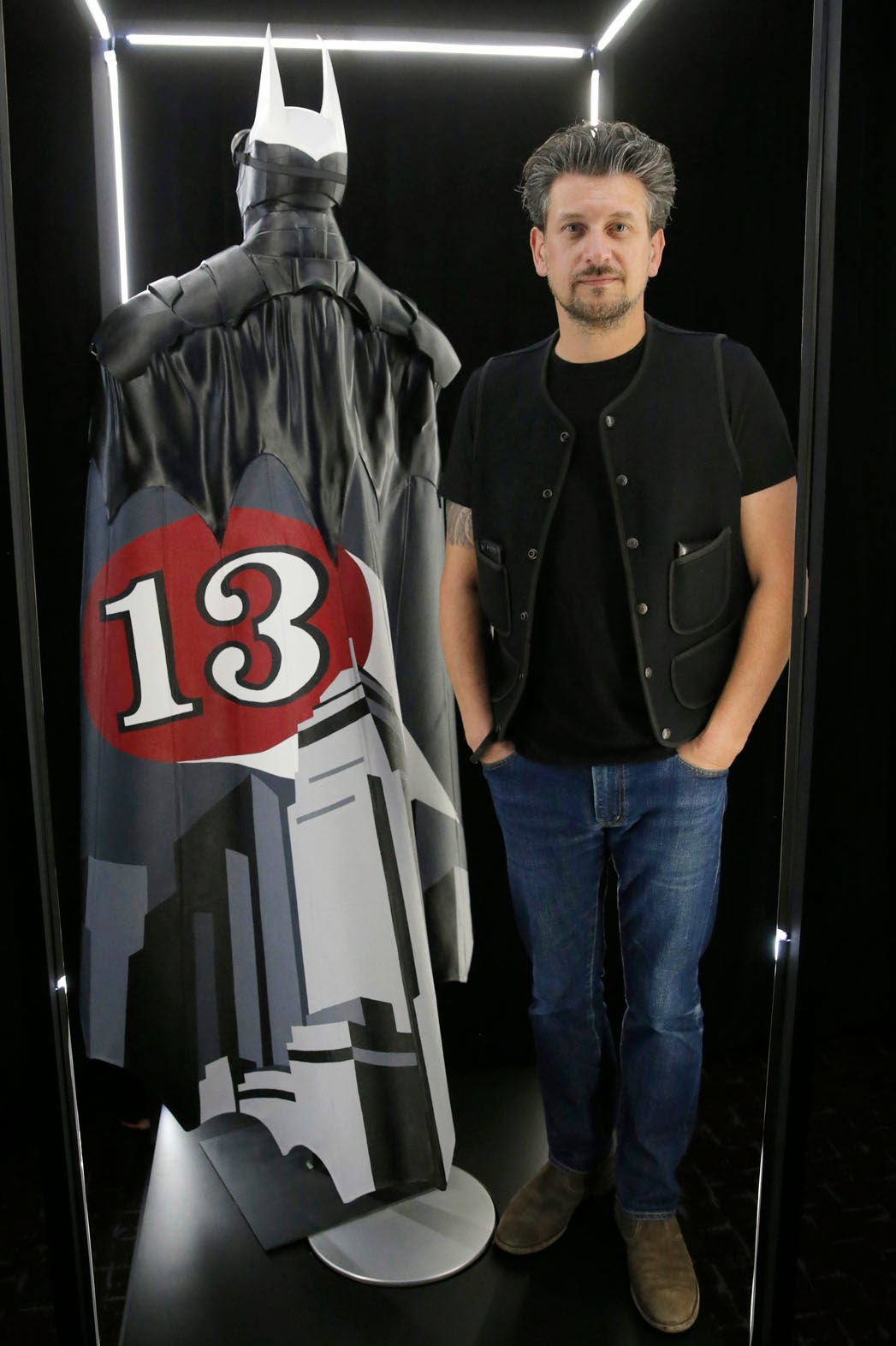